President Aquino last week raved over what he thought was buko juice from our country that is a fad in gyms in the United States.   He proudly brandished, the way Madonna did, in press conferences in the US and in Manila the two brands of the coconut-water beverage popular in the US:  Vita Coco and O.N.E. (for One Natural Experience).

Unfortunately for us, both are Brazilian drinks, widely known in the US as such, except to Mr. Aquino and his party.  Ira Liran, one of the two owners of Vita Coco, got interested in the drink (agua de coco), which was the favorite of a Brazilian beauty he met at a Manhattan bar, who would later on be his wife. His company has been getting for the past eight years all of its coconut water from his spouse’s country.

O.N.E. was founded and owned by Brazilian Rodrigo Veloso, who also gets the coconut water from his country. They have a subliminal message there: it’s the drink of the most beautiful women in the world—Brazilians, at least as lore would have it.

Mr. Aquino’s brilliant idea? For the Philippines to sell buko juice to Pepsi-Cola Bottling Co., which has a contract to sell coconut water to Brazilian companies, which in turn supplies the coco water to Vita Coco and O.N.E. 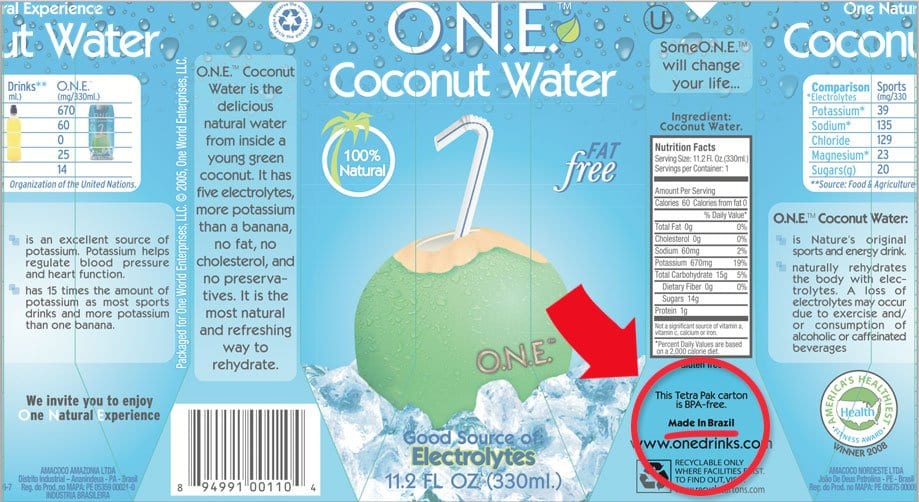 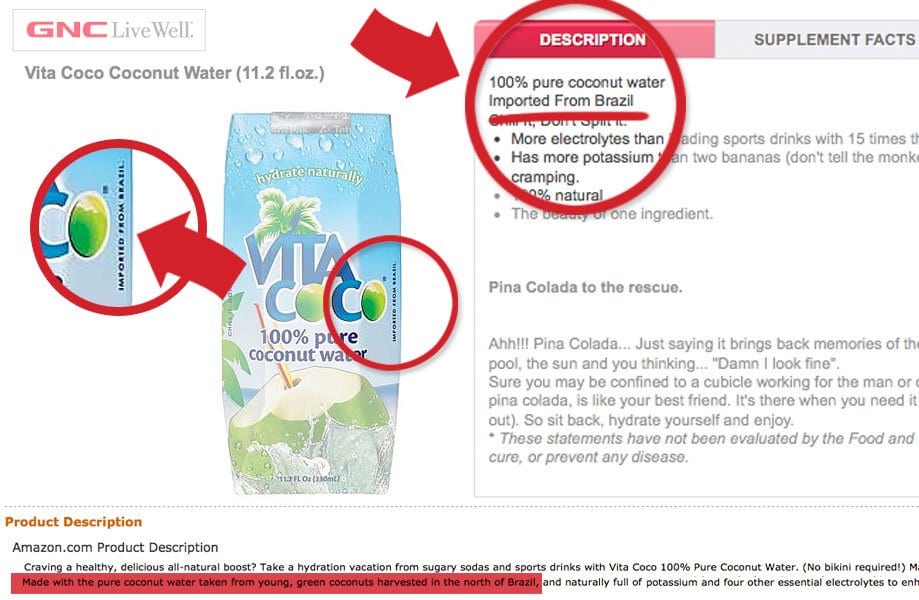 One could just dismiss Mr. Aquino’s endorsement as just another hilarious boo-boo, if not for that worrying question created:  “What next would his officials tell him to say or do?”  This is a President who is easily impressed and desperate to claim achievements or too lazy to check what his officials are telling him to do or say.  It was apparently Communications Secretary Ricky Carandang who got him all excited about coco water, and claimed that Pepsi was so gung-ho over the Aquino presidency that it would be investing $15 million for a buko juice project.

Camarines Sur Gov. Luis Raymund Villafuerte Jr., who has been under siege by Local Government Secretary Jesse Robredo, must be grinning ear to ear.  It was his provincial government that shepherded PepsiCo’s  $15 million  investment for a coco water tetrapak plant and for a coconut plantation early this year. In fact, groundbreaking for the tetrapak facility will be this week. Villafuerte didn’t say if Robredo or Mr. Aquino will be invited to the event.

The world is fast moving towards a global financial crisis, to be triggered by a Greek default that could come in a few weeks time.  Not only a double-whammy, but it will be a triple whammy that will hit the globe. Other than the European debt crisis, there is the US economic slowdown, and then the expected economic reconstruction in Arab nations after their revolutions. It could be as bad as the 2008-2009 crisis, which was worse than the Great Depression.

And what has Mr. Aquino done during his US trip? So very tactless for a speech before  a foreign audience, he painted the Philippines as a land of the corrupt, which he would change in a few years’ time, of course.   At the joint meeting of the World Bank and the International Monetary Fund, whose leaders have been burning the midnight oil to find ways to prevent  a European debt crisis, he talked about the People Power his mother led a quarter of a century ago, and his dream of institutionalizing it, whatever that  means.

Our embassy and communication officials had boasted to him that he would  be on the Washington Post’s front page if he trekked to its offices to be interviewed. The paper’s editors however felt nothing newsworthy about what he said that. No news article, not even a photo, came out of his visit to the Post.

The sole coverage of his interview was in the blog posted on Sept. 23 of editorial page editor Fred Hiat, who, after ridiculing the huge number of Filipinos abroad, portrayed him as a little kid being bullied in his neighborhood and asking a big friend’s help, that is, some form of US intervention to get China out of the Spratlys.  The columnist’s blog is worth quoting at length:

“What does it mean to head a country of 95 million people, when more than 10 million of your compatriots live and work abroad?

“For President Benigno S. Aquino III of the Philippines, one thing it means is carrying an atlas wherever he goes—so that if Filipinos need to be evacuated from one hot spot or another (say, Libya), he can immediately study possible escape routes.

“Aquino pulled out the atlas for a different purpose during a visit to the Post this week. He wanted to illustrate the unreasonableness of Chinese claims of sovereignty in the South China Sea, claims so expansive that they have set off alarms in Japan, Vietnam and throughout Southeast Asia. At stake are control over underwater oil and gas fields but also the principle of free navigation through some of the most heavily traveled channels of the world’s oceans.

“‘They have one of the most credible military forces, we have a barely adequate military force,’ he said. ‘Even if we were to challenge them to a boxing match, there is no way we would prevail…’

“‘America comes in, and you are really seen as a balancing force,’ Aquino said.”