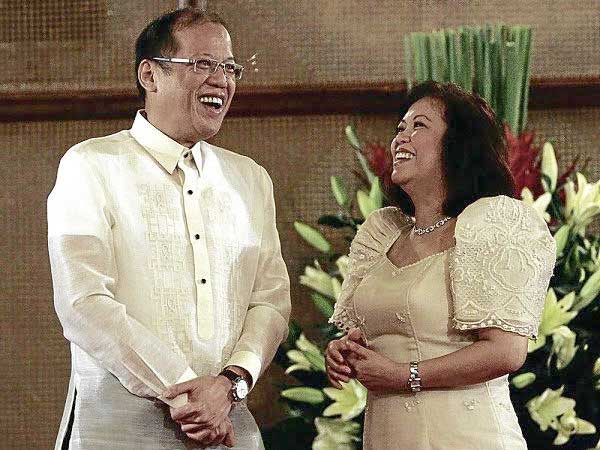 THAT’s the title of my February 29, 2012 column at the Philippine Daily Inquirer – five years ago, with the attack dog being then associate justice Ma. Lourdes Sereno.

The column was published six months before President Aquino did what even his Liberal Party colleagues couldn’t believe he would do, as it was so preposterous, even scandalous: his appointment of Sereno as Chief Justice. Sereno was not only the most junior member of the court, but the least experienced and so unqualified she had never been in a courtroom.

Since her appointment, her behavior, as well as information that were unearthed (which she had mightily tried to keep secret) have proven her to be worse than I thought in 2012.

Some of these make up the 24 impeachment charges against her, such as her falsification of court resolutions to make it appear as if they were made by the en banc; her manipulation pf the Judicial Bar Council’s short-list and use of confidential records to block Francis Jardeleza’s bid to be appointed to the Court; and her unauthorized use of public funds to purchase an P8 million bullet-proof luxury SUV.

Probably worse, information that has only been uncovered show that she is not even qualified to be a member of the Supreme Court, much less its Chief Justice.

DID SHE MISTAKE AQUINO FOR THE DEITY? ‘Only God put me in this position,’ Sereno declared in August 2012.

She didn’t submit her statement of assets, liabilities and net worth (SALN) for eight years, which even the lowliest government official is required to do. She failed to pay the required income tax from her huge P37 million earnings as legal researcher in the government’s NAIA Terminal 3 case in an international court. The psychological tests on her showed her to be mentally unfit to be a judge or justice of any court.

13 justices
Thirteen of the 15 Supreme Court justices want her out. This has never happened in the entire history of the Supreme Court.

Even Inquirer columnist Randy David, in a recent piece on Sereno, wrote what is probably his first column that doesn’t toe the Yellow party line. David wrote:

“She displayed such a disconcerting sense of being anointed that one would think she was being named to an ecclesiastical rather than to a state office. At her first flag-raising ceremony, she said: ‘The whole world is witness that this appointment is God’s will … Only God put me in this position.’”

The media-savvy lawyer Mel Sta. Maria claimed in a recent column that Sereno is on a crusade that Filipinos should rally behind her. (Sta. Maria should disclose whether or not Sereno has contracted him as her lawyer for the impeachment trial.)

February 2012 column
If she has ever been on “a crusade” in her entire life, it has been for the Cojuangco clan to get billions of pesos when it lost its case to be exempted from land reform. This “crusade” of hers was one of the topics of my February 2012 Inquirer column, “Aquino’s ‘Doberman’ in the Supreme Court,’ which I am reproducing here:

“Sereno’s appointment to the Supreme Court was unexpected, as she was at the bottom of the list that the Judicial and Bar Council submitted to President Aquino, despite intensive lobbying by JBC members De Lima and Rep. Niel Tupas. A respected appeals court justice topped the list, and [Inquirer] columnist Raul Pangalangan and Comelec member Rene Sarmiento had more votes—and qualifications—than she.

Sereno though was Aquino’s college buddy; she is on a nickname basis with the yellow crowd, including his minions, such as his spokesman.

In her 18 months in the court, Sereno has unabashedly pushed for Aquino’s agenda in the high court, to the point of scandalizing her colleagues.

Judge for yourself: Justice Antonio Carpio inhibited himself from the Hacienda Luisita case, on grounds that the firm he founded over a decade ago was indirectly involved in the controversy.

Sereno would have none of that ethical standard. After all, the case would determine whether Aquino’s Cojuangco clan goes bankrupt or not.

Sereno’s dissenting opinion in the court’s July 2011 decision—nearly book-length at 39,000 words, longer than the main ruling—was practically a legal brief for the clan’s claim for an astronomical compensation. Sereno repeated her arguments—which would mean P10-billion payment to the Cojuangcos—in another kilometric dissenting opinion to the court’s November 2011 resolution.

Cojuangco lawyer
There was practically little left for the clan’s lawyers to do, with their pleading in the court simply invoking Sereno’s opinions.

Sereno’s shameless advocacy of the Cojuangcos’ claims appalled her colleagues so much that Associate Justice Teresita Leonardo-de Castro angrily—and unprecedentedly—wrote in the court document: “I maintain my vehement disagreement with Justice Sereno’s opinion which will put the land beyond the capacity of the farmers to pay, based on her strained construction/interpretation.”

Sereno’s voting and opinions in the court have invariably reflected Malacañang’s positions, with her “dissenting opinions” reading like extended versions of Mr. Aquino’s or his yellow forces’ manifestos.

On the court’s ruling against Aquino’s Truth Commission, she wrote: “(The Court) effectively tolerates impunity for graft and corruption.” She mimicked the style of yellow opinion writers when she titled a section: “Who’s afraid of the truth?”

Echoing the Manichean mentality of an Aquino organization, she pontificates: “What is black can be called ‘white’ but it cannot turn white by the mere calling.” Her holier-than-thou posture so typical of Mr. Aquino’s yellow crowd has irritated justices so much that one wrote that Sereno “has no right to preach at the expense of the majority” since she herself committed plagiarism, and that she allegedly had not reported in her SALN the P25 million she earned as counsel in the international airport arbitration case.

Doberman trait
She demonstrated a Doberman’s trait of unrelenting fury against its master’s enemy when she claimed in one dissenting opinion that President Arroyo was responsible for extrajudicial killings in the country, for which she should be charged.

It was Justice Secretary Leila de Lima’s defiance of the court’s temporary restraining order on the ban against Arroyo’s travel which bolsters suspicions that Sereno—unethically and perhaps even illegally—acted as Mr. Aquino’s fifth column, and even his mole, in the court.

De Lima’s defiance of the court’s TRO was not due to, as my colleague lawyer Pangalangan termed it, her “fearless stand.” De Lima was obviously coached that there was a technicality she could use to justify her defiance of the TRO.

The technicality was that the TRO’s second condition required that the Arroyos’ Special Power of Attorney designate a legal representative who would, among other things, “receive summons.” However, the SPA the Arroyos issued instead had rendered the phrase as “produce summons.” That was obviously a clerical mistake—private parties do not produce summons, courts do—which was immediately corrected.

Now, who would have immediate access to the SPA the Arroyos submitted, see the clerical error, and realize that it could be used as a technicality for De Lima to defy the court’s order, buying time for her to get a Pasay court to issue an arrest order that would make the TRO moot? And who could immediately relay this information to De Lima? I can only suspect Aquino’s first appointee to the court, Sereno.

Sereno’s public disclosures of the court’s internal matters has outraged the justices so much, that an obviously angry Justice Roberto Abad ended his concurring opinion, thus: ‘If our deliberations cannot remain confidential, we might as well close down business’.”

Lockdown defied by many?