Duterte must clean up the bigger ‘cesspool’ near his office – the Pasig River - Rigoberto Tiglao
Skip to content
Order Books! Limited stocks! 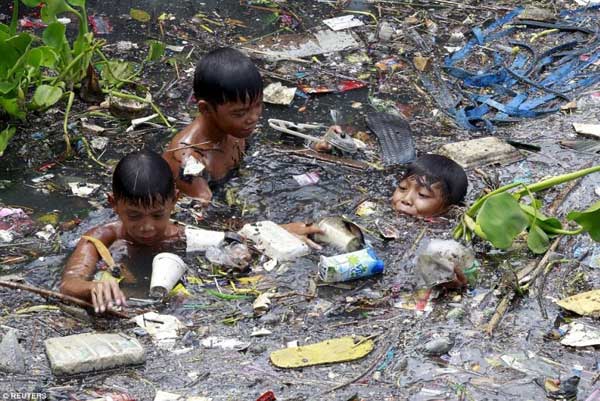 IN closing down Boracay in order to arrest its environmental degradation, I don’t think any other president would have been as bold, and unmindful of the adverse political repercussions as President Duterte.

The risks of his decision cannot be underestimated. He will be going against the elites of Western Visayas – who are mostly the biggest resort owners in the island – who will do all they can to preserve the status quo from which they’ve generated billions of pesos in profits in the past two decades. They will claim that it will have an unprecedented adverse impact on the entire Philippine tourism industry and would put out of work thousands of workers.

But the nation really has no choice but to tackle the Boracay bull by its horns, which has two dimensions. First is the island’s environmental degradation, because of the unabated building of resorts there, even by big businesses.

Second is the incontrovertible fact that Boracay has become really the nation’s biggest colony of very rich squatters. The Supreme Court ruled in 2008 and in 2016 that no private entity can own any property there. Either we close our eyes to this blatant disregard of the Supreme Court’s decision, or rush to amend the laws to allow an orderly titling of lands there to private entities.

There is though a bigger cesspool that would require as much or even greater political will on Duterte’s part to tackle: the 27 kilometer long Pasig River, the nation’s shame.
It is the nation’s shame since it runs through the very center of the country’s political and economic power: Metropolitan Manila. How can we close our eyes to the garbage in the river that gave life to our capital? It has been declared biologically dead, and was ranked 8th in the list of the globe’s most polluted rivers. (Other lists though claim that Marilao river in Bulacan is worse.)

River stink
Duterte may not notice Pasig’s terrible state when he’s in Malacañang, as the river widens there and its current becomes faster as it flows to the Manila Bay. When I was in Malacañang though, there were times when the stink from the river became so bad we had to close our office’s windows.

By “Pasig River,” I would include its tributaries and esteros, most of which are literally cesspools. It is astonishing how over the decades many of the esteros in Manila’s Chinatown and in other cities, had been filled up, and buildings built on them. The Mile Long shopping mall in Makati that was operated by the country’s biggest media mogul until Duterte recovered it, I was told, became bigger as it encroached on an estero adjacent to it.

That we as a nation have closed our eyes to the Pasig River’s environmental degradation is demonstrated by the fact that in charge of saving it is a low-ranked agency called the Pasig River Rehabilitation Commission, ordered set up by President Joseph Estrada’s Executive Order 54 in 1999. It has been an obscure, small institution with a minuscule budget of P120 million annually.

Its chairman under the EO is the budget secretary. Why would such a huge job as saving our premier river be given to the head of the budget department, one of the busiest Cabinet members? The co-chairman is the head of the Metro Manila Development Authority, another official who has bigger headaches to focus on than the Pasig’s rehabilitation. I bet you wouldn’t even know who runs it, and indeed it is useless to identify the name of its executive director, who is a minor functionary.

As a result, the PRRC has been a weak institution with little power and finances to save the river. The only time it got into the public mind was when Gina Lopez of that oligarchic clan was appointed by President Aquino in 2010 to head it. I’m not too sure that Lopez did much to rehabilitate the Pasig River.

One of the biggest obstacles to the Pasig River’s rehabilitation is that evicting its polluters – businesses and slum areas which throw their waste into it – falls under the jurisdiction of the city governments it passes through.

Corruption in city administrations has been so rampant, that easement and sanitary regulations have been blatantly violated. Politicians also have been known to allow slum colonies to thrive in the banks of the Pasig, as these have become their bailiwicks crucial in elections.

Mark of civilization
Civilizations in ancient times, and the centers of modern nations, emerged on the banks of their biggest rivers that flow to the sea. How a nation manages its rivers, and protects it despite the huge number of people who live on their banks is an indication of how civilized it is: Thames in London, the Seine in Paris, and even New York’s Hudson River.

That we have fallen way behind Thailand is shown by the fact that the Chao Phraya River that flows through busy, crowded Bangkok continues to be one of the cleanest in the world, and even a tourist site for its market of vendors on canoes.

Not too well known about the three-decade rule of Singapore strongman Lee Kuan Yew is that one of his biggest accomplishments was the clean-up of the two rivers that flow through the city state—the Singapore and Kallang rivers—which he ordered in 1977. The two rivers had become so badly polluted because of Singapore’s fast growth in the 1970s.

The clean-up cost the Singapore government $300 million ($1.3 billion today, equivalent to P70 billion) and involved a relocation of about 6,000 squatters and hundreds of businesses. Singapore dredged foul-smelling mud from the banks and the bottom of the river, clearing the debris and other rubbish. Two of Lee’s high-ranking officials were assigned to the task, which eventually took Singapore 10 years to complete, with its rivers now considered one of the cleanest in the world. (Pasig today is much more polluted than Singapore’s rivers were in 1977, so an estimate of twice what it cost that city-state, or P140 billion, would not be an overestimation of how much it would cost to clean up our river.)

Lee in his dramatic fashion declared when he launched the clean-up: “It should be a way of life to keep the water clean. To keep every stream, culvert and rivulet, free from pollution. The Ministry of Environment should make it a target: In 10 years let us have fishing in the Singapore River and Kallang River. It can be done.”

I hope I can hear similar words from Duterte and witness such a program soon, which would clean up the cesspool that Pasig River has become. After all, Boracay is a small tourist island, while Pasig is in our capital, our dominant metropolis.

Presidential assistants in aid of elections

Aquino crony deal for passport printing: The most brazen case of corruption ever