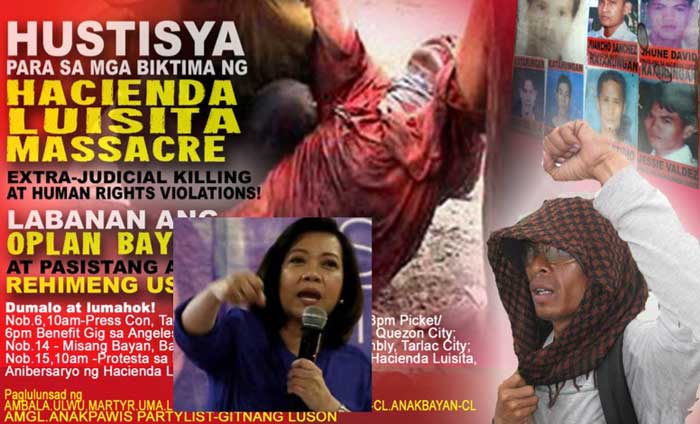 THE only thing that could rival the abomination of Ma. Lourdes Sereno’s clinging to her post as Chief Justice – despite her utter lack of qualifications, even the legal requirements for it – is the support for her mainly by the Yellows and the Reds, expressed in a full-page, two-page-long statement published in several broadsheets over the past few days.

That such ads are expensive – P500,000 – bolsters the report I’ve received that a Spanish-mestizo tycoon has been funding—spending P50 million so far—the massive PR campaign to keep Sereno at her post.

The signatories practically make up a roster of the people united solely in their hate for President Duterte, and of the gullible easily recruited by demagogues to join a cause that they think would give meaning to their silly, little lives.

It is at least understandable that leading the list are such Yellow stalwarts and vociferous anti-Duterte personalities as Senators Kiko Pangilinan, Leila de Lima and Antonio Trillanes. (Sen. Franklin Drilon, who I would say is the smartest among the Yellow high priests, didn’t sign the statement though.) The biggest group among the signatories expectedly are the clerics, who seem to prefer exciting left-wing activism to the boring life of Catholic rituals.

The statement was subtitled “Granting the quo warranto petition is illegal.” But other than the lawyers who became senators or representatives, the list conspicuously has no practicing lawyer or legal academic with qualifications to speak on whether something is legal or not.

No wonder they’re so ignorant about this quo warranto. It has long been established in Philippine jurisprudence and that of the US (after which we pattern our legal principles) that in the words of a 1926 Supreme Court decision, cited in many cases and as recently as 2016, “ordinary statutes of limitation, civil or penal, have no application to quo warranto proceedings.” The term itself (which means “by what warrant”) is an ancient one, which suggests its overarching power as it originally referred to a King’s high prerogative against anyone who usurps power in his kingdom.

Prescription period
The start of the one-year prescription period in Rule 66, Section 11 of the 1997 Rules of Civil Procedure refers to when the discovery that an official is unqualified, dummies, not when he or she assumed the post. If that isn’t the meaning of that rule, then a government official who is found after one year and one day in his post, to be a murderer or just an illegal alien, could continue to hold on to the job.

The most disgusting thing about this statement is that leftists – actually Communist Party cadres – like Bayan Muna current and former representatives Carlos Zarate, Neri Colmenares and Teddy Casiño as well as former high-ranking party official and Duterte’s former social welfare secretary Judy Taguiwalo, are among the signatories.

Don’t they know that Sereno was appointed to the Supreme Court by former President Benigno Cojuangco Aquino 3rd, first as associate justice and then chief justice almost entirely in order to defend his clan’s interests in Hacienda Luisita, a vast sugar plantation the size of Makati and Pasig combined?

The Cojuangcos fought tooth and nail to exempt the estate from land reform since 1987, and when they could no longer get away with that, to get P5 billion in “compensation” from government. Have they forgotten that at least 12 of their comrades were brutally killed in the so-called Hacienda Luisita massacre of 2004, fighting to have the plantation placed under land reform?

Aquino appointed Sereno as Supreme Court associate justice in August 2010 barely weeks after he assumed office. Nobody but nobody expected that the mediocre legal academic, who had never even seen the inside of a courtroom and never had a client, would be appointed to the highest court of the land.

Method to madness
There was method though to Aquino’s madness in appointing a grossly unqualified lawyer to the high court. Sereno was so unqualified for the post that Aquino and his clan could rely on her loyalty, to fight for Hacienda Luisita’s exemption from the agrarian reform law, and when that became untenable, to get the court to order a P5 billion compensation for it.

The court issued in November 2011 its decision ordering Hacienda Luisita to surrender the estate to its farmers. It ordered the agrarian reform department to pay the Cojuangcos just P200 million. Sereno’s dissenting opinion, which was longer than the court’s decision, argued for a P5 billion compensation that in all probability may have been drafted by the Cojuangcos’ lawyers.

Right after that decision, Aquino and his clan launched a last-ditch plan to extract billions from government as payment for Hacienda Luisita: Remove Chief Justice Renato Corona, who led the court in resisting the intense pressure to sustain the Cojuangcos in the case.

That Aquino wanted Corona taken down because he was a midnight appointee of President Gloria Arroyo was just a smokescreen for his real aim. This was to browbeat the court into modifying its decision on the Hacienda Luisita case and pay the clan P5 billion in compensation, instead of the “measly” P200 million.

Aquino’s unspoken threat to the court was that if he could remove its head, he could also make life very difficult for the other members if they didn’t cooperate. Indeed, another Supreme Court justice at that time was also threatened with impeachment.

The impeachment trial to remove Corona dragged on as the charges against him were disproven one by one. In the meantime, the majority of the justices stood their ground, affirming the November 2011 decision on Hacienda Luisita with finality in April 2012.

Corona, however, was taken out in May 2012, on the flimsy and non-impeachable charge of filing SALNs that didn’t include his dollar accounts (which by law are secret). Two months later, it was revealed that most of the 20 senators who voted against Corona had each been allocated P100 million worth of projects to be used under their direction, in a scheme called the Disbursement Acceleration Program, invented by Aquino’s budget secretary, Florencio Abad.

Aquino appointed Sereno as Chief Justice in August 2012 to spite the court that refused to bend to his wishes.

Why would the leftists, or even the clerics supposedly devoted to the poor’s welfare, now support Sereno who was an oligarchic clan’s champion in the court? Because they really have lost all the noble principles they claim to be fighting for, and will join any cabal that intends to remove Duterte, or for that matter, any other democratically elected President. I wouldn’t discount the possibility though that they have long been placed in the payroll of the Spanish mestizo billionaire.

Aquino got mad, panicked and closed his eyes to reality