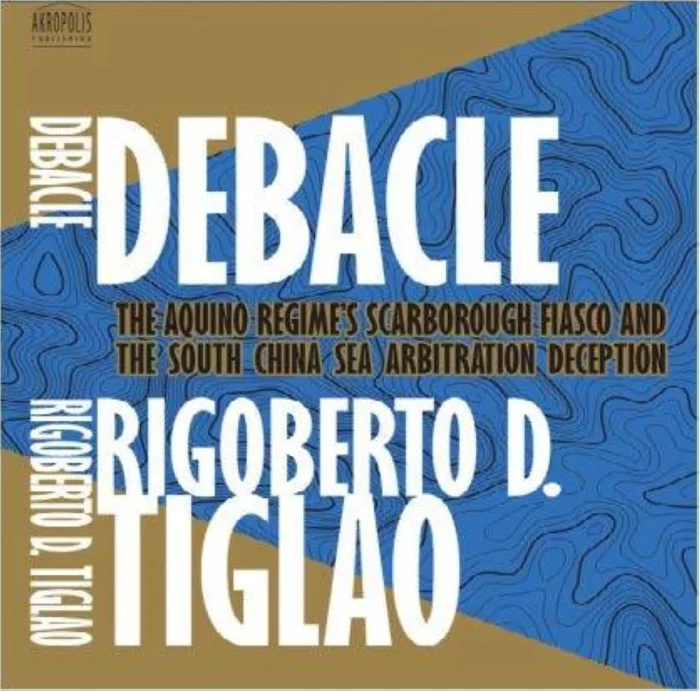 “I will not preside over any process that will abandon even one square inch of territory of the Republic of the Philippines to any foreign power,” PBBM (to use his government’s preferred initials for him) said. The Aquino version of that, of course, was, “What is ours is ours.”

Our pro-American ambassador to America (“Ambassador Babe Romualdez” is his column’s byline) cheered that oratorical flourish to high heavens, as it is the kind of statement the US would like to hear from the new president as it can be easily interpreted — falsely — as an affirmation of China’s alleged continuing efforts to take over our territory in the South China Sea, condemned purportedly by an international panel — which the Philippines had appointed.

That’s total BS. The arbitration ruling had nothing to do with territory, but with conflicting, overlapping maritime-area claims (exclusive economic zones mainly, which bestows sovereign rights but not sovereignty*) in the South China Sea.

These areas, and guidelines on how to resolve these, were agreed upon by167 countries now, in the treaty called the UN Convention on the Law of the Sea, which took effect in 1994. But no institution, not the UN, has the authority to decide on territorial disputes.

The new Foreign Affairs secretary Enrique Manalo demonstrated as much ignorance of the arbitration ruling as his two predecessors when he said in a statement on the anniversary of the awards ruling that it “authoritatively ruled that the claim of historic rights to resources within the sea areas falling within the ‘nine-dash line’ had no basis in law and is without legal effect.”

But that nine-dash line (a crude dashed line drawn around the South China Sea in 1947 by a Kuomintang mapper) is a straw man, which the Aquino government with its US lawyers put up to easily cut down.

Even if the entire United Nations assembly declares the nine-dash line as without effect, that won’t affect the Chinese claims. China’s territorial and maritime claims are not based on this line (drawn in such a haphazard manner that its coordinates change in different maps) but on claims made by the Qing dynasty that emerged in the 17th century and then reasserted by the Republic of China (that started in 1912).

Forget the arbitration ruling; it is totally useless as the past six years have incontrovertibly shown. The current Foreign Affairs secretary’s stepmother, the more intelligent, and more knowledgeable and more experienced diplomat, Rosario Manalo, among the very few scholars in this department, even went to the extent of undiplomatically claiming, “The arbitration panel was merely a Philippine panel; we handpicked its members, paid them for their time. Well, if you were paid by someone to be in an arbitration panel, won’t you give him a favorable decision?”

Foreign Affairs Secretary Manalo was either fed the wrong information or was lying when he claimed in his statement on the arbitration ruling that there is a “growing list of countries for the award.”

An article on Aug. 1, 2016 of the Asia Maritime Transparency Institute — a propaganda venue disguised as a think-tank for the US’ stand on South China Sea issues, funded by US government — reported that eight countries oppose the ruling and seven (if we exclude the Philippines) are supporting it. The article though claims that 31 countries have publicly confirmed their support for it. But closer analysis (as well as by other reports) of these countries’ statements reveal that they “support” it only diplomatically, so that they can gather “quids” for some future “quos.” They are not espousing that the “award” be enforced.

Pointing to the actual source documents of the countries’ stance on the issue, an article in the Diplomat magazine, claimed 70 countries reject the arbitration and its ruling.

C’mon, that arbitration ship has long sailed — and is dead in the water, rusting like the BRP Sierra Madre in Ayungin Shoal which President Estrada deliberately grounded there to mark our claim there.

Other than the pursuit of joint development of aquatic and hydrocarbon resources in the disputed areas of the South China Sea, the most important task of the PBBM government is to recover the 232 billion sq in the Aquino government lost in 2012 in its stupid stand-off with China — that is, the 58 sq mi roughly representing the land area and the waters it surrounds of Scarboorugh Shoal (Bajo de Masinloc).

Scarborough Shoal is the area closest — just 220 km — to the Philippines that the Chinese occupy. But not only that, most international scholars claim it is the territory we have the strongest legal claim over, based on the international law principle determining ownership: effective occupation and jurisdiction. Indeed, China several decades ago had all but abandoned its claim on Bajo de Masinloc, as the US had been given authority by the Philippines since the 1950s to use it as gunnery range for its jet fighters flying from its Subic naval base.

How we lost it

I have narrated in detail, and provided sources for the following account on how we lost Bajo de Masinloc, in my book Debacle: The Aquino Regime’s Scarborough Fiasco and the South China Sea Arbitration Deception.* Absolutely none of my assertions there have been questioned even by the people mentioned there.

A 10-week stand-off that risked a shooting war with China had ensued in March 2012, when Philippine and Chinese ships occupied the shoal. This was the result of Aquino’s deployment of his warship BRP Gregorio del Pilar to arrest Chinese fishermen which China claims was an unacceptable militarization of the area. Both sides knew the principle that leaving the shoal would mean handing it over to the other side.

Aquino and his Foreign Affairs secretary, Albert del Rosario, flew to Washington, D.C. to beg US President Obama for military assistance, by sending American warships to escort ours in the shoal. Of course Obama refused, knowing full well that this would lead to war with China. And of course, no way for Obama to enter such a dangerous undertaking with his reelection bid that year in October.

To get out of that conundrum, the US fooled Aquino and his officials. Then assistant secretary Kurt Campbell (who is now President Biden’s Coordinator for Indo-Pacific Affairs in the National Security Council) told our ambassador to the US, Jose Cuisia, that the Chinese high-ranking diplomat Fu Ying had agreed to have the Chinese ships withdraw from the shoal, simultaneous with the Philippines. Cuisia relayed the message to del Rosario and Aquino. One of them — Aquino claimed it was del Rosario — ordered our vessels out of the shoal. But there was no agreement, only very preliminary talks between Campbell and Fu Ying on how to resolve the stand-off peacefully.

Since that time, Philippine government vessels have not been able to enter or even approach the shoal. That’s how we lost billions of square inches.

Neither Campbell nor any other US official have disputed this account of how they tricked Aquino and his officials into letting China take over Bajo de Masinloc, afraid of triggering a war with the Chinese.

Could we ever recover Bajo de Masinloc? Not if we keep raising that useless arbitration award, which only the US and our pro-American diplomats keep on doing.

Hell will freeze over, nuclear war will devastate the globe, before the Chinese give up the nine reefs in the Spratlys they have occupied since the 1980s and then in 1994, and which they built up, spending $100 billion, in reaction to the arbitration suit, to transform these into artificial islands, complete with all the facilities necessary for these to be fortresses.

Use reality as a chip. Bargain our official recognition for these artificial islands as Chinese territory, in exchange for returning to us the 232 billion square inches of Bajo de Masinloc.

PBBM’s father has a special place in Chinese history, as he and his entire family (including the son) met the Great Helmsman Mao himself to establish diplomatic ties between the two countries in 1975. Only PBBM can ask China for a quid pro quo deal for us to recover Bajo de Masinloc.

The communists’ most successful strategy — but don’t Red-tag it

Where have all the senators gone?