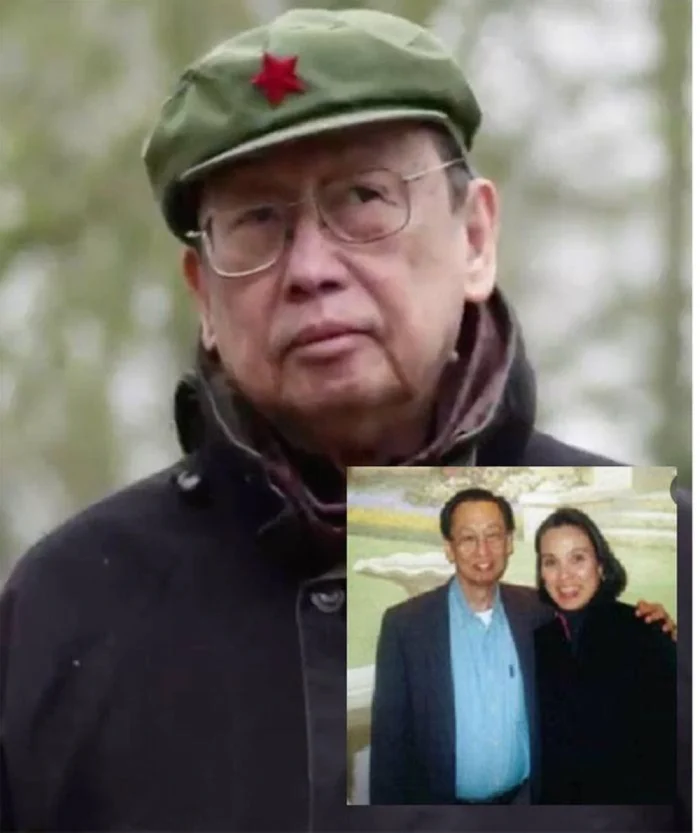 This is not just naïve, but plain ignorant. The Communist Party is not just “believing in policies and philosophies” — which they only have sketches of. It is trying to overthrow by force our democracy, even if much of it is the kind of celebrity politics that catapulted the TV broadcaster to a seat in the Senate of our Republic.

Didn’t she take some course for her Masters in National Security Administration at the National Defense College that would have informed her that the Communist Party is far from being “left of center” but is now in the lunatic radical Left fringe, since only three active communist parties still believe in Mao Zedong Thought?

How can the CPP be “left of center” — a term referring to the numerous socialist parties participating in democracy — when it continues to espouse armed struggle against the government, with its New People’s Army (NPA) now routinely using mines, a weapon banned by international law, to kill and horribly maim the Republic’s soldiery?

I cannot fathom why Legarda would see as “left of center” the organization which was incontrovertibly the architect of the 1971 bombing of the Liberal Party miting de avance in Plaza Miranda, which changed history, and which forced the Marcos hand in imposing martial law.

It is scandalous for Legarda to claim in her press release that “there are many faceless, nameless heroes — having celebrated National Heroes’ Day last Monday — who may be associated with the Communist Party of the Philippines.” What? It is only the CPP’s propaganda fronts — especially the Bantayog ng mga Bayani — which have routinely included in its roster of “heroes” NPA commanders and CPP cadres.

It is shameful for Legarda as a reservist with the rank of colonel — technically a part of the Armed Forces of the Philippines — to look at the Reds as some kind of heroes who are merely fighting for social justice, when the NPA has killed, based on Armed Forces documented reports, 14,000 soldiers and officers of our military.

Include probably another 6,000 policemen executed by the NPA and its Alex Boncayao Brigade, and Legarda’s heroes have killed 20,000 of our uniformed men who were defending the Republic.

How many really do those Red propagandists claim were killed by forces of the martial law regime? We have an available quantification: 2,326. This is the number of those killed during martial law that the Human Rights Compensation Claims board identified (and ordered that compensation of P1 million be made to their relatives). Except probably for a hundred, these were not summarily executed but killed in firefights with the AFP. About half of these though, as I quantified in previous columns, were casualties of the Muslim insurgencies, the Moro National Liberation Front and the Moro Islamic Liberation Front.

The CPP even demonstrated its bloodlust when it tortured and executed in the 1980s more than 4,000 of its own members for being alleged government spies, a claim that has been incontrovertibly proven false. And Legarda speaks of them as heroes.

“I stand here as someone who has worked with the so-called left…and there’s nothing wrong with that,” Legarda boasted in her speech. She was referring to the peace talks with the CPP that she was involved in.

But there was something deeply wrong with the peace talks. This gave the CPP/NPA much-needed (even desperately needed) breathing space during which they strengthened their communications network and consolidated their armed forces, since every time there were peace talks, the military stopped all their offensives against the NPA.

The CPP declared all of its top leaders — they say, all of its central committee members — as “NDF peace talks consultants.” It took decades for the military to arrest the CPP chairman who succeeded Jose Ma. Sison, Benito Tiamzon, and his wife, Wilma Austria, the party general secretary. They were released on grounds that they were NDF consultants. After a holiday in Norway to attend one session of the peace talks, they returned to the country to resume their leadership of the party. Legarda must be proud of that achievement.

One of the biggest myths the communists have succeeded in spreading is that they are idealists and are fighting only to make the country a better place. Believe me on this, as I have been there.

All of us indeed started as idealists. But nobody can evade human nature. Most, if not all, communist party leaders become egoists, megalomaniacs after having tasted that power of life over death when they order the execution of “class enemies” and having control of people and events. Sison and his tiny cabal were proud that they changed history like gods when they successfully undertook the Plaza Miranda bombing.

Just listen to Sison’s many interviews on YouTube, and ego is just oozing from this evil man. Biographies written by former communists are paeans for themselves, not just narrating how they were bold crusaders, but how they run the revolution. One of Sison’s books is titled The Philippine Revolution: The Leader’s View.

It must be in the DNA of communism or of any party engaged in armed struggle. Its leaders become megalomaniacs, as Stalin and Mao Zedong demonstrated, with the masses (and students) they lead becoming unconscious pawns.

If I sound angry at Legarda and her inane views of the CPP, I certainly am. It is because hers is the kind of view that the CPP since 1969 has used to justify its bloody program to capture political power and establish its one-party dictatorship and recruit thousands of young idealists only to die uselessly. I had thought that view had long been shredded and burned to ashes.

Or maybe Legarda was deeply impressed with Sison when she interviewed him in the 1980s, which hasn’t dissipated after all these years. That’s a better explanation than the usual one on why many politicians don’t dare cross the CPP, and even help them: the Reds have a command vote of about 1 million and more importantly, a formidable propaganda machine. Watch how the Reds’ propaganda machine, including the columnists at the Philippine Daily Inquirer, start to work overtime praising Legarda. Is she eyeing the presidency in 2028?

Because protecting the environment is her advocacy of choice, Legarda must have been seduced by the CPP’s claims of being greenies. Doesn’t Legarda know that the CPP’s finances in the 1970s came, other than from the Liberal Party leaders, mostly from loggers who denuded the countryside? Isn’t she wondering why Surigao, Samar and areas close to mines have become the centers of NPA activity?

The Republic has to have a very strong national consensus to defeat the Reds, as all democratic countries in Asia did decades ago. Legarda should be ashamed of herself for trying to prevent that.