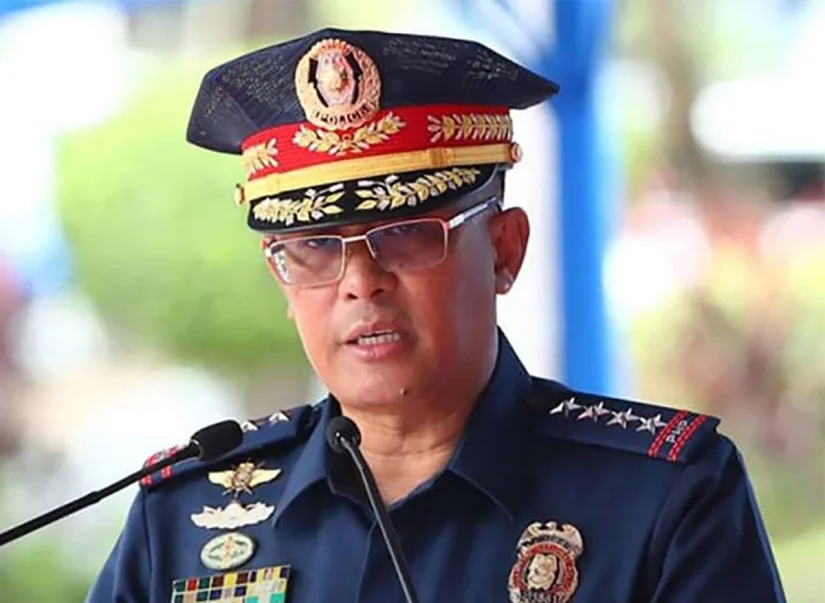 PHILIPPINE National Police (PNP) chief Gen. Rodolfo Azurin Jr.’s announcement that the so-called lifestyle checks will also be undertaken on the organization’s over 600 generals and colonels has worsened the demoralization of the country’s police force.

The disaffection with the PNP’s leadership and its official supervisor Interior Secretary Benhur Abalos was triggered last week by the latter’s order for the top PNP officers to submit “courtesy resignations” to make the task of “cleansing the police” of its scalawags easier.

A source close to Presidential Chief Legal Counsel Juan Ponce Enrile, who has vast experience in dealing with the police and military in his 14 years as martial law administrator, claimed that the respected lawyer was extremely worried over the “courtesy resignation” order, saying that the message it conveyed was to condemn the entire police officers’ corps as corrupt, which would make the police force restive.

What is so objectionable about that order is that Azurin announced that a five-man board will decide which officers whose “courtesy resignations” would be accepted, and therefore fired. “We will be subject to the whims of a five-man kangaroo court,” a police colonel remarked.

That plan is so stupid really, or borne out of ignorance, since the PNP has a structure, created by the Republic Act 8551, or the “PNP Reform and Reorganization Act of 1988,” to clean up the police of its criminals. The law orders the creation of an Internal Affairs Service with a nationwide organization directly under the PNP chief to investigate complaints against the police and initiate its own initiate investigations.

If Azurin or Abalos really wants to clean up the PNP, and are not just engaging in a PR stunt — or if they are intelligent enough — they should have simply energized the IAS and staff it with officers of impeccable integrity. Do they even know that an IAS exists?

Along the adage that “a little knowledge is a dangerous thing,” Abalos and Azurin are dangerous officials. They read somewhere about “courtesy resignations” and “lifestyle checks,” and without asking their staff to do a little research on these, immediately announced to the public that they would undertake such programs.

“Lifestyle checks,” known internationally as “lifestyle audits,” investigate whether an official’s standard of living exceeds his income, and if so, it is assumed that he generates these from graft. But even if proven so, there is a totally separate process of filing charges to prove that the discrepancy is funded out of corruption, and is not due to some other legitimate reason, such as the wealth of a spouse.

However, based on the experience of more than a dozen nations that undertook such an anti-corruption campaign, a 2021 study by the Transparency International concluded that “undertaking comprehensive lifestyle audits — especially of large numbers of public officials — is often considered impractical and resource intensive for an anti-corruption agency.”

I am very familiar with the drawbacks of lifestyle checks. During President Gloria Macapagal Arroyo’s “first term” in 2001 (when she assumed the presidency after Joseph Estrada “abandoned” his post), I ordered and supervised as presidential chief of staff, a “transparency group” that undertook lifestyle checks, focusing on the customs bureau and public highways department.

In theory, lifestyle checks are simple investigations, involving the comparison of an official’s required statement of assets, liabilities and net worth, with his actual net worth and how he lives, including his residence, cars, hidden businesses, travels, and such other things as whether he frequents casinos.

In practice, it requires a lot of resources, with the results not commensurate with the effort.

The easy proof of corruption is an official’s bank deposits, which however is strictly confidential under the bank secrecy law. Even with the recent Anti-Money Laundering Law, an official’s bank deposit statement can be acquired only with authorization from a court, when investigating such crimes as terrorism or massive money laundering operations.

It’s a tedious investigation to determine if a certain mansion, purportedly owned by an official, or even a car, is under his name. The Land Registration Authority doesn’t release land title records to any individual who asks for it, or for that matter would the Land Transportation Authority tell just anybody who owns a particular car. Often, even such information is acquired by subterfuge, by the skills of an investigator who uses whatever means bribes included — to get the data he needs.

In our project which “lifestyle-checked” only 10 officials, I calculated at the end of the day the cost of undertaking a lifestyle check on a particular official to reach at least P2 million. Does Azurin have the P2 billion to fund the lifestyle check of 600 generals and colonels?

But he can just do a sample, say, of 50 officers, can’t he? Yes, but this would open him up to charges of bias and discrimination. And what if he cleverly chooses for his sample 50 officers known to be squeaky clean, who would pass the lifestyle check, while those known to be corrupt — and usually this is known in the police community — will be laughing at him, or claim to have Azurin under their payroll?

There’s also a dark side to lifestyle checks. One of my staff undertaking it threatened Customs officials that they would be “lifestyle-checked” by our office if they did not give him P500,000. The rogue managed to get about P2 million through this scheme before he was caught when an official revealed that he gave him P500,000. That scalawag was such a schemer, I was told he still managed to get a position at the defense department under this administration. I have no doubt that is what will happen if Azurin pursues his harebrained lifestyle-check project.

The only institutions that successfully undertook widespread lifestyle checks have been Singapore’s Anti-Corruption Agency, which was the template for Hong Kong’s Independent Commission Against Corruption (ICAC). But the latter was set up by law by British colonial rulers in 1974, and even reaffirmed in Hong Kong’s Basic Law, answerable only to the governor and then the chief executive after the colony reverted to China in 1997.

What was most crucial in the ICAC’s success was the huge funding given to it, about HK$1 billion (P7 billion) yearly. This enabled the agency to have a huge staff of over 1,200, mostly investigators, with relatively high salaries to shield them from bribes. How many investigators can Azurin deploy, does he even have the budget to fund this?

I suspect Azurin is simply trying to create a media image of someone with bold ideas, with an eye to being appointed to a high post in government after his retirement in April.

Every month, this administration surprises us with boo-boos and unnecessary damage to its prestige.

It took 12 years to 1984 for the rebel group RAM to be formed — and during a global debt crisis that was catastrophic for us and more importantly, massive US intervention — for the military and police to be so demoralized under Ferdinand E. Marcos’ rule that a bold faction would try to overthrow him. If his son doesn’t take stock, admit his mistakes, reverse his misgovernance course, and fire the likes of Abalos and Azurin, it will take just 12 months, some are now saying, for the uniformed men to be so disaffected with his son’s rule.