PRESIDENT Ferdinand Marcos Jr.’s move to give the US four additional military camps that it can use to station its troops and stockpile war materiel for a war in the region has placed the country further in harm’s way. As a result, there are now nine camps from Cagayan in the north to Palawan in the south that are now in the cross-hairs of China’s People’s Liberation Army, if ever the two superpowers’ rivalry in the region turns into war, or even just a limited conflict.

In our relationship with the US, Bongbong is Noynoy 2.0, adding four more camps to the five that the late President Benigno Aquino 3rd gave the US military full access to under the 2014 Enhanced Defense Cooperation Agreement (EDCA). The members of our Congress should find deep in their hearts some ember of patriotism and call Marcos to its halls to publicly explain why, with totally no consultations at all with them, he gave the US practically all they wanted.

China immediately angrily reacted to this news. Its spokesman in Beijing described Marcos’ deal as leading to “the strengthening of the US deployment in the Asia-Pacific.”

END_OF_DOCUMENT_TOKEN_TO_BE_REPLACED
Continue ReadingMarcos puts us further in harm’s way, to help US in a Taiwan war

QUITE surprisingly, given the 36 years his family had been demonized by the media, President Ferdinand Marcos Jr.’s big advantage over most of his predecessors has been an acquiescent press.

The firing by The Philippine Star of columnist Ramon Tulfo last Monday — who had shifted just in the past few months from being a friend of the Marcos couple to a vehement critic — is another step in strengthening the administration’s hold over media, or alternatively, it represents another nail in the coffin of press freedom.*

I was shocked that not a single broadsheet or tabloid reported Tulfo’s sacking, with the Star arrogantly not even bothering to explain why it kicked out its most widely read columnist. Love Tulfo or hate him, he has been a major personality in the Philippine press, and his dismissal is news. And to use a version of that cliché, if a newspaper could do that to a Tulfo, it can do that to any media man. 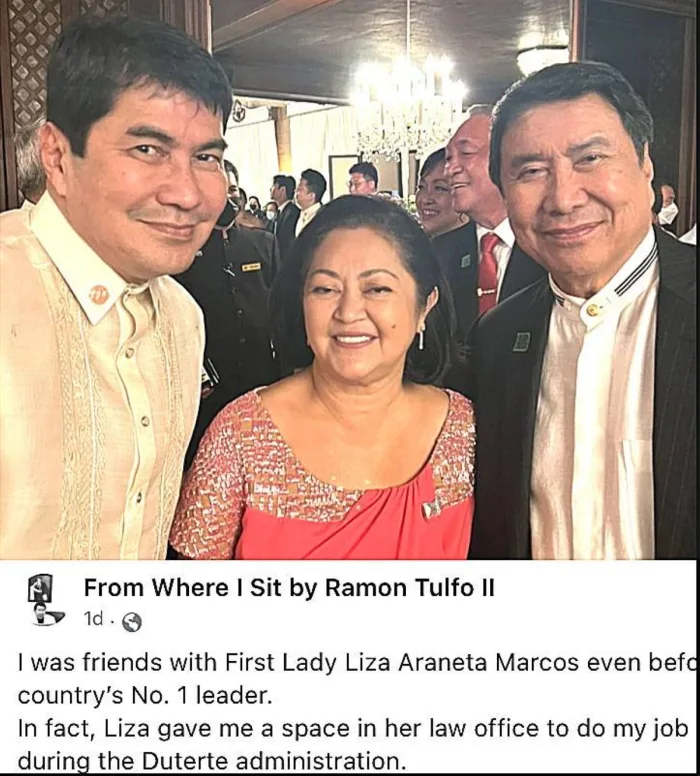 THE broadsheet Philippine Star has fired Ramon Tulfo, its most widely read and most hard-hitting columnist, allegedly at the Palace’s behest. First lady Liza Araneta reportedly blew her top because of a post in Tulfo’s Facebook page that alleged that her brother, Martin Araneta, is “involved in smuggling in the piers,” particularly of onions, the price of which has made it the most expensive in the world last month.

Philstar CEO Miguel Belmonte, however, told Tulfo that it was the paper’s top management, and not Malacañang, that had found his columns to be a liability for them, and that his columns would no longer be published in the paper. (The daily is owned and controlled through thick corporate layers by the Indonesian-owned First Pacific conglomerate.)

Who is this joker fooling? Why on earth would Philstar fire its main asset that attracts readers and therefore ads, and therefore revenues, if not to follow the instructions of the Palace, the sole power that could hurt the conglomerate it serves? Or are the Belmontes still of the Yellow persuasion and have hatched a plot to anger Tulfo and his many readers against the Marcos government? 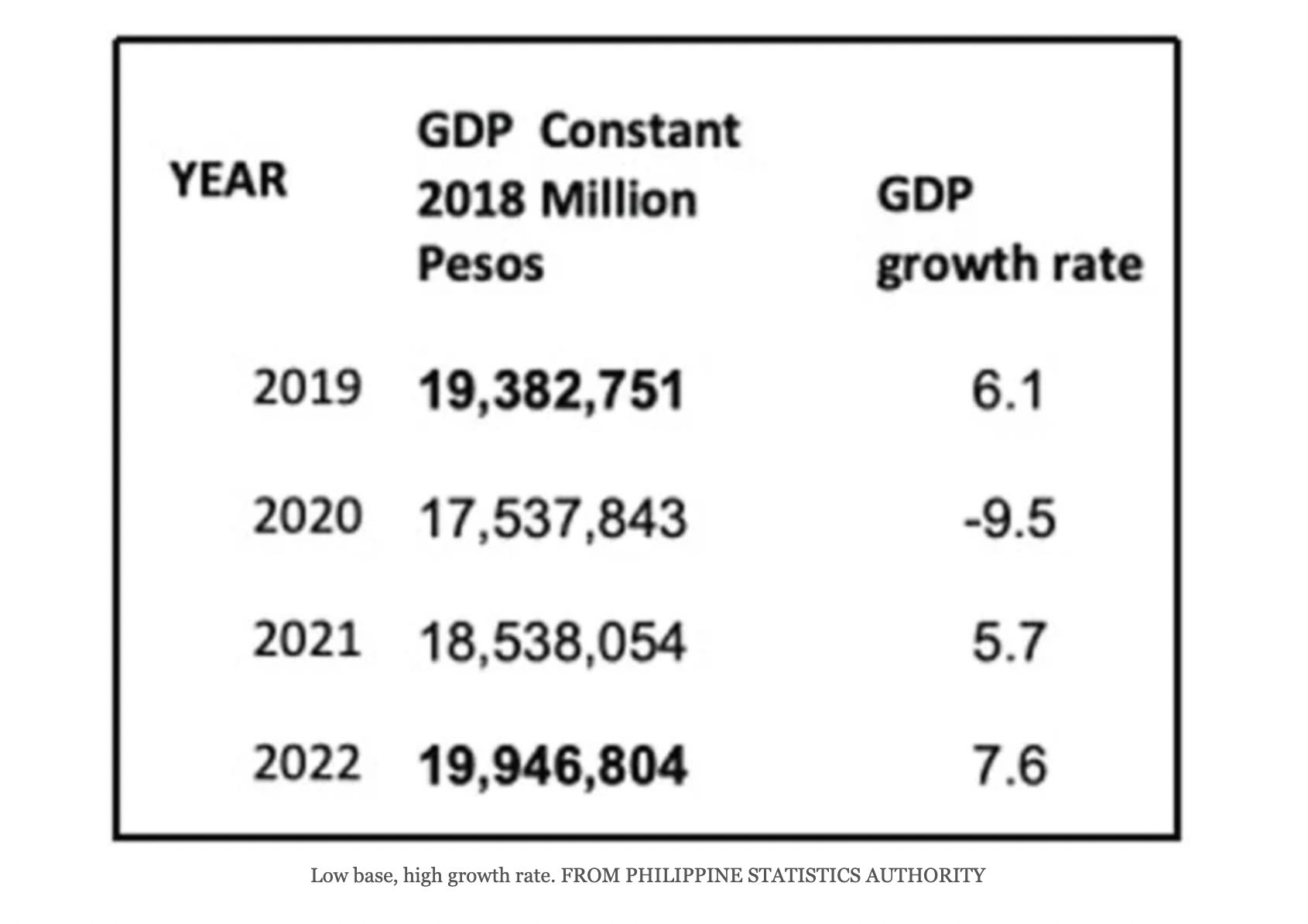 Every single element in the statement is so misleading, even bordering on being fake news, especially the part about “good economic stewardship.”

The 7.6 percent growth rate is a bounce-back mirage, a misleading arithmetic due to the steep decline in our GDP (the sum of goods and services produced) in 2020 due to the Covid-19 pandemic, and its crawling out of that last year.

Third of a series

ILLEGAL nickel-ore miner Yinglong Steel’s lies in its full-page ads in this newspaper and The Philippine Star last week are as stunning as its brazen disregard for the Constitution itself, as well as for our country’s laws on mining and those governing business contracts.

My interest in this controversy that I’ve written three previous pieces on, was ironically piqued by a Yinglong PR operator who tried to sell me a story that the company was the victimized party, that its experience if not corrected will portray the country as a bad site for foreign investments. However, because of my SOP of always getting “the other side,” the more accurate picture that emerged was the opposite. I also hate it when people think they can easily fool me.

This episode is a case study of the characteristic situation in our country, that instead of the rule of law, it is the rule of the corrupt, from the local levels of government and possibly even to the highest, coddling unscrupulous businessmen bold enough to bribe officials to get what they want. It’s been years since documented details of a controversy that reveals the corruption involved has been made available — ironically thanks to the legal documents filed by the protagonists themselves. 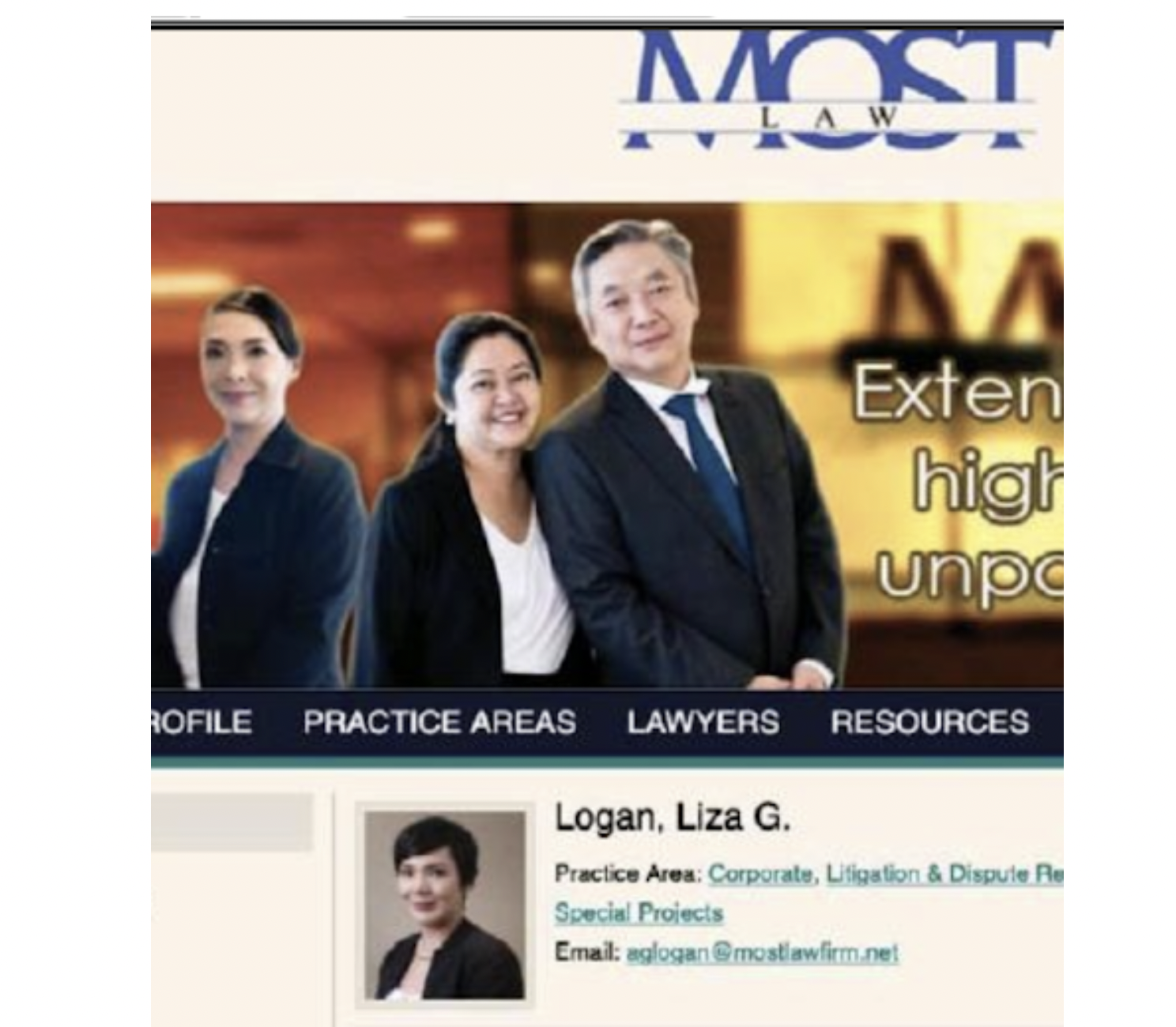 PRESIDENT Ferdinand Marcos, Jr. in his arrival remarks from Davos boasted that participants there – without naming even one – saw the Philippines as a member of the “VIP Club which is Vietnam, Indonesia and the Philippines.” “Yun daw ang pinakamagandang ekonomiya sa Asya,” the president said. (They say those have the best economies in Asia.)

That’s so embarrassingly false. He should fire the adviser who whispered that line to him – I don’t think any Davos attendee is as stupid as to have told him that. If there were, that joker was pulling his leg, and laughing as he left Marcos.

Marcos in his jet-lagged mind probably thought that the “VI” in that term stands for “very important.” Not in any sense. VIP is simply an acronym that some analysts in the last decade used to shorten their text when referring to the three countries that are in the second-to-the lowest tier in economic rankings in Southeast Asia: Vietnam, Indonesia and the Philippines. The lowest-tier level are basket cases not fit to be considered as investment sites, except for the bold, such as Laos, Cambodia and Myanmar. Using VIP was also a bit of sarcasm since these three countries were the last to be recommended for investments, direct or portfolio, in those years.

Not in any sense did that term for the three countries imply an admiration for them, nor to mean “very important’ countries for investors to watch. The term is more like the “ABC” acronym used in the early 1980s, to mean Argentina, Brazil and Chile – which were the first to collapse economically because of their huge debt burden.

IN his only solo session at the World Economic Forum in Davos last week, a 21-minute interview by the WEF president Børge Brende, President Ferdinand “Bongbong” Marcos, Jr. showed how much he is so terribly misinformed about the country’s dispute with China in the South China Sea.
While he may have been simply confused about the details of the dispute, still, his misinformation is as bad as that of President Benigno Aquino 3rd that led to his unnecessarily belligerent stance towards China, which eventually led to a dangerous stand-off at Panatag Shoal and our loss of that territory in 2012.

Going to the topic of the South China Sea dispute, the interviewer asked Marcos: “What defines what is Filipino territory and what is Chinese territory” He replied: “ We have no conflicting claims with China. What we have is China making claims on our territory – that is how we approach the problem we find.”

That is exactly the “what-is-ours-is-ours approach’ of President Aquino 3rd, which in effect portrays China as an aggressor, who therefore has to give in to the Philippines’ demand and that there can be no compromise on this.
Diplomatic sources claimed that statement alone has sent a bad message to China, which would likely be more cautious in dealing with the Philippines. They added: With that kind of hardline stance China may just decide to cease all attempts at settling its South China Sea problem with the Philippines.

THE Bureau of Customs ordered Monday the seizure of a vessel and its cargo of 50,000 metric tons of nickel ore that the Chinese company Yinglong was shipping out of the country from Zambales.

However, another line agency of the Department of Environment and Natural Resources (DENR), the Environment Management Bureau (EMB), issued to Yinglong an export permit for the nickel ore on December 29.

MALACAÑANG’s deputy executive secretary for legal affairs (Desla), Anna Liza Logan, known to be close to first lady Liza Araneta-Marcos, on December 23 blocked a directive by the Department of Environment and Natural Resources-Environmental Management Bureau that ordered a Chinese-controlled firm, Yinglong Steel Corp., to stop its illegal nickel-mining operations in Zambales because it didn’t have the required environmental clearance certificate (ECC).

The December 23 order appears to be part of a coordinated plan. Just a week after, on December 29, Yinglong was given by the DENR Regional Office 3 a permit to transport 250,000 metric tons of nickel ore, and an export permit for 50,000 MT of laterite nickel ore. At laterite nickel’s current price of $100 per metric ton, Yinglong would have shipped $4.5 million, or P250 million worth of the metal.

IN a span of just a week, a tsunami of demoralization has hit the police and the military.

This was the result, first, of an ill-advised move by Local Government and Interior Secretary Benjamin “Benhur” Abalos Jr. to publicly “persuade” police generals and colonels to submit “courtesy resignations” so he could fire those officials suspected of corruption or involvement in illegal drugs.

Their fate though would be decided by a five-man board, including retired generals — practically a star chamber that has no basis in the Constitution or any law. While police officials expressed support for it of course — lest their refusal be taken as evidence of their guilt — they view it as an attack on the integrity of the entire officers’ corps of the Philippine National Police, as it declares that they are guilty until proven innocent.

The second trigger has been Marcos’ appointment as Armed Forces chief of staff (AFPCOS) on January 6 of Gen. Andres Centino — whom he had removed from his post two months after he assumed office in July 1 — replacing him with Lt. Gen. Bartolome Bacarro. Apparently in protest at the appointment, Jose Faustino, the defense department officer in charge and several other DND officials, submitted their resignations. Marcos has neither accepted nor rejected these so far.