Did our department of foreign affairs even ask ASEAN to persuade Malaysia not to throw its full, brutal force against the Sultan of Sulu’s men who had dug in in Lahad Datu and to give the government more time to talk to them?  Or did it just forget to ask ASEAN? END_OF_DOCUMENT_TOKEN_TO_BE_REPLACED

END_OF_DOCUMENT_TOKEN_TO_BE_REPLACED

“I don’t think you need to call a full Cabinet meeting. I can assure you that the President is on top of the situation. It is just that there are some things that are best handled in smaller groups so it’s not a full Cabinet issue.” END_OF_DOCUMENT_TOKEN_TO_BE_REPLACED 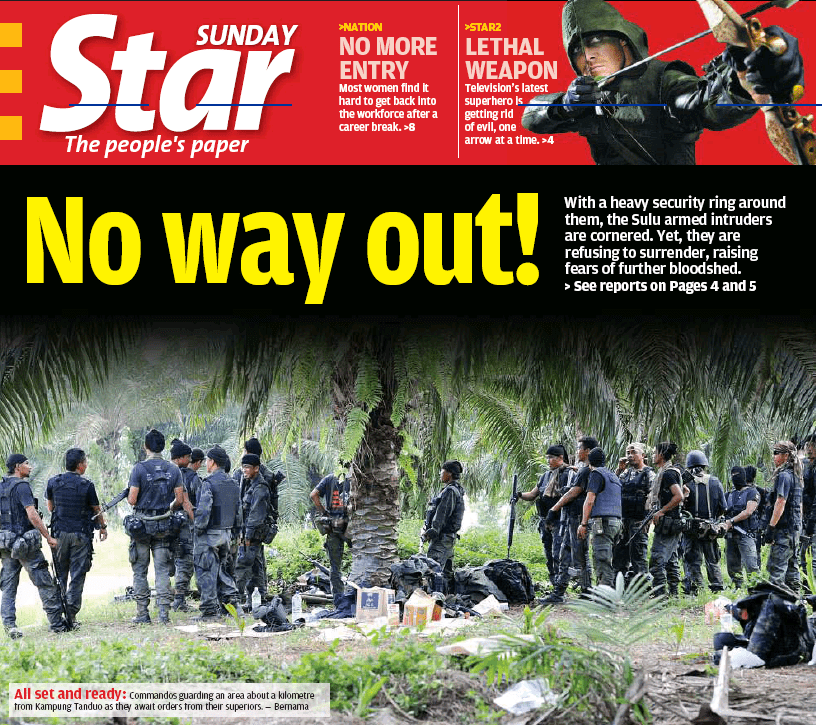 Check out everything Aquino said since the crisis broke out in February 13 — and you can easily do this in this day and age through the Internet– and you will realize that  he never made even the vaguest reference that the Philippines claims Sabah as its territory, and that is the root of the crisis. END_OF_DOCUMENT_TOKEN_TO_BE_REPLACED