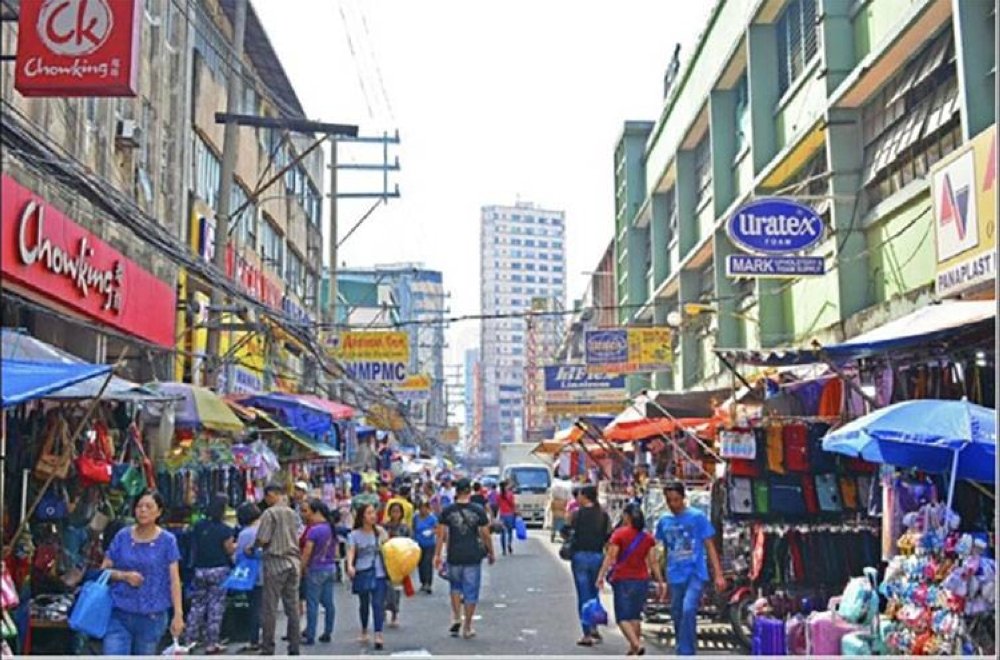 PRESIDENTIAL candidate Francisco Domagoso, aka “Isko Moreno,” as the Manila city mayor, sold the Divisoria Market in August 2020 to a company 40 percent-owned by a secretive firm of Chinese nationality, registered in the tax-haven island nation of the Seychelles, located in the Indian Ocean just off Somalia in East Africa.

On paper and as Domagoso has been claiming, the buyer was one, to use Domagoso’s term, “Ermita-based” firm, Festina Holdings, the Divisoria Public Market’s former lessor, which purportedly offered the highest bid of P1.4 billion to buy the 3,702 sqm lot. A 50-story building will be built on it with the vendors currently occupying it to be given stalls in the nearby Pritil Market.

What is certainly eyebrow-raising though is the information in those filings that the next biggest stockholder with 40 percent shares was a firm named First Elite Investments Ltd. The office address it gave was just a post office box: P.O.Box 1008, 2/F Capital City, Independence Avenue, Victoria Mabe, Seychelles.

Not too well-known to laymen but increasingly becoming a choice site for the rich hiding their assets, the Seychelles has laws ensuring offshore companies, such as First Elite Investments, of the strictest secrecy. As a marketing article on the country pointed out, “Seychelles offshore companies are significantly attached to their privacy and confidentiality guarantee. The jurisdiction implements strong protections against disclosure of information relating to the identities of the company’s beneficial owners, directors and shareholders.”

Obviously, the only reason for First Elite Investments to be registered in that island nation in East Africa on the other side of the globe is that their owners do not want their identities revealed. It means that unless they reveal themselves, the owners of that firm which, as I explain below, most probably now entirely owns the Divisoria market, are anonymous.

I’m sure Domagoso is as honest as he has declared, but such a setup here and elsewhere in the world using offshore companies registered in such jurisdictions as the Seychelles has been the old modus operandi for corrupt officials to hide their dirty money.

They rig the sale of a chosen publicly owned asset, with themselves (if they are so foolhardy), their relatives, or their firms being the hidden shareholder of the buying company. I’m sure Domagoso is as clean as a whistle, but how can we be sure that he or a relative, or his company, is not one of the owners of that company registered in the Seychelles which has tight secrecy laws?

If that is the case, and I’m not saying it is, did Domagoso feel he had the necessary war chest to run for the presidency after that sale? Was he so full of hubris though, that he thought he would become the next president, and with all the powers of that post suppress any investigation of it?

I urge Domagoso: Do not hesitate, reveal who these secret investors are now, and why you agreed to such secrecy in the arrangements.

Domagoso could have gone to town in 2020 boasting that he is such a good mayor that he convinced foreign investors to invest in Manila by buying the Divisoria Public Market. He could have even exploited it as one of his qualifications to be president, that in such a short period of time he attracted foreign investments to his city.

In fact, he was secretive even about the sale itself. What was he thinking, that he could keep secret the sale of one of the city’s well-known patrimonies, “Divisoria,” a household name?

The deed of sale was executed nearly two years ago, on Aug. 10, 2020, but it was made public only last month — not by Domagoso but by enterprising reporters of this newspaper, on March 26.

Only after that report came out did leaders of the market vendors say they were only made aware of the sale in August 2021, when they requested documents on it from the city council. So far, not a single document has been given to them, other than application forms for them to reserve spaces at the Pritil market. The losing bidders haven’t even been identified, or have the minutes of such bidding released, if there ever was.

Domagoso asks us to believe that the big property developers, the likes of DMCI, Megaworld, SM Prime, Federal Land or Robinsons Land didn’t bid for that prime property or were too stupid to bid too high. That they were outwitted by a firm with little if any experience in developing a high-rise commercial building?

Domagoso even tried to pooh-pooh the Manila Times report by claiming that it was mere black-propaganda undertaken by a rival presidential candidate and those running against his choice for the mayoral post there, his vice mayor, Maria Sheilah “Honey” Lacuna-Pangan.

Domagoso thinks we are stupid. He didn’t even bother to explain why this sale, the biggest sale of a piece of Manila property — a legacy one at that — was kept under wraps for two years.

Indeed there even appears to have been an attempt to keep a lid on it, as Domagoso’s spokesmen refused to comment on the Manila Times disclosure, and other newspapers reported it only three days later. Why?

Having no access to Domagoso himself, I texted three of his people — his party’s chairman Ernest Ramel, his PR Mel Cabigting and his strategist Lito Banayo — to relay to the candidate my questions on why a secretive Chinese firm was involved in the sale of a patrimonial piece of Manila property.

Only Banayo replied. He said that the then mayor Mel Lopez (appointed when Cory was a dictator for a year ) first leased Divisoria to a Chinese Filipino firm whose contract expired during mayor Joseph Estrada’s administration. Estrada then leased it to Festina Holdings, but on terms that were onerous to the city government, Banayo said. “It made more sense to sell it as total lease earnings amounted to a pittance,” he claimed. Echoing Domagoso’s claim, Banayo said this was done to raise funds for the pandemic response.

Banayo said he had no idea who the Seychelles-based owners of Festina were. “You are free to research more about Festina Holdings, the winning bidder,” Banayo said. I found that a very strange comment.

Festina Holdings’ financial performance in the past several years would seem to indicate that the bulk, if not most, of the P1.4 billion purchase price for the Divisoria Public Market came from the Seychelles-based firm. This is because before Festina Holdings bought the Divisoria market, and before the Seychelles firm invested in it. The firm had been losing heavily, partly due to the mandatory lockdowns during the pandemic, with losses of P5 million in 2019 hemorrhaging to P30 million in 2020. With the Chua owners losing this much, they couldn’t have raised the P1.4 billion to purchase the Divisoria market.

Even without knowing about the secretive Chinese firm involved in the purchase, Domagoso’s political enemies have claimed it involved graft. Manila mayoralty candidate Amado Bagatsing in a forum at a university last week, called the sale “highly questionable, unlawful and void” for its failure to comply with the procedures in the law. “It is an utter disregard of the constitutional rights of vendors to due process of law,” the former congressman said.

“We’re already trying to file an annulment case and possible plunder case,” said another candidate Alex Lopez, the son of the late Mel Lopez, the first post-EDSA Manila mayor. They claimed there was an utter lack of transparency on the sale.

The deed of sale was scrutinized and ratified in just five working days after it was “consummated” (to use the legal term) on Aug. 17, 2020 by the city Council. The council was headed by Vice Mayor Lacuna-Pangan, the presidential candidate’s ally who is running for mayor in the current elections.

With Domagoso never getting more than 9 percent in any of the presidential-preference surveys, do the masses have a godlike insight we don’t know of, a bullshit radar?

And I had thought Domagoso ended the city’s track record of bad, even corrupt governance. What is it with our Republic’s capital and premier city, once the proud “Queen City of the Pacific,” so unlucky in its leaders?

The low-tech way that Japan managed to tackle coronavirus quickly